Principally this article aims to summarise the recent case of Re WH[1] determined by Her Honour Judge Southwick under the Oranga Tamariki Act 1989 (the Act) and the Care of Children Act 2004 (COCA), and highlight the ways in which it differs from the case of Re I.[2] A comparison of both judgments makes it plain that there is a divergence of views in the judiciary when it comes to the applicability of the (still fairly novel) special guardianship provisions in the context where it is being considered in respect of a child of Māori descent.

The factual and procedural background

In summary, this case involved a four-year-old child, SP (S), who had been in the care of approved non-kin caregivers[3] since his birth in May 2017. S’s mother was his only natural guardian, with whom he had sporadic contact until it ceased altogether when he attained the age of one, owing to her unreliability and transience.

A declaration that S was in need of care and protection had been made by consent and subsequently custody and additional guardianship orders had been made in favour of the Chief Executive (without opposition).

It was understood that S was of Ngāpuhi descent on his mother’s side, but otherwise S’s cultural and whakapapa connections were unknown. In keeping with its obligations under the Act[4], Oranga Tamariki had made a referral to the Kaitiaki Team, specially designed to locate and access whānau, hapū and iwi connections for tamariki Maori in care[5]. Their extensive investigations had borne no fruit and were ongoing, and evidence was placed before the Court to that effect.

By all accounts, S’s caregivers had provided him with outstanding care and his long-term placement with them was sanctioned by the Court. No alternative caregivers had been suggested at any stage; indeed, no members of S’s family had come forward seeking involvement of any kind (save for a request for contact on the eve of the hearing by his maternal grandmother). That being the case, the focus of the Court’s inquiry was not on S’s care arrangements, but rather how S’s caregivers could best be supported in their role.

Her Honour described this as being a case where “a comprehensive understanding of the meaning and application of the concepts of guardianship, and in particular special guardianship, is central to finding the answers to the issues placed before the Court[6]”, but noted“the investigation [also] requires a wider view of the relevant provisions of the Act.[7].

Her Honour acknowledged sections 4, 4A, 5 and 13, which enshrine the customary principles (and purposes) of the Act to be taken into account and applied by the Court in the exercise of its powers, including and especially the prevailing principle that the wellbeing and best interests of the child at the centre of the debate must be considered.[8]

The principles of particular relevance in this case were aptly identified, including the recognition of a child’s or young person’s whakapapa and their place within their family, whānau, hapū, iwi and family group; consideration of the effect that any decision is likely to have upon their links with those people and that such relationships should be strengthened; that involvement of their family and extended family in decision making is to be encouraged; and consideration of their family and cultural identity.[9]

The concept of guardianship generally

The Act absorbs the definitions attributed to “guardianship” and the “exercise of guardianship” by sections 15 and 16 of COCA. The latter requires a guardian to act jointly, in particular by consulting wherever practicable with the aim of securing agreement, with any other guardian of the child.

Her Honour made the following notable and worthy comments about the role of a guardian, having regard to those provisions: [10]

Those provisions outline the significance of a role which goes to the very heart of the parenting of a child. If the paramountcy principle is to be honoured, guardianship limitations placed on a day-to-day long-term caregiver, therefore need to be applied with great caution. Such a caregiver is the person who gathers on a daily basis the information which is critical to that child’s current and future needs. This includes monitoring their developmental progress, knowing their likes and dislikes, gaining knowledge of their emotional strengths and weaknesses, recognising changes, knowing when the child needs medical attention, hearing what the child’s worries are, and noting responses to communication with family where such occurs. This is not an exhaustive list but it highlights the myriad of practical and emotional information which a caregiver gathers and needs to act upon.

The introduction, purpose and effect of special guardianship

“Special guardianship” emerged as one of the amendments to the Act in 2019. From its inception, it has been clear that its aim and ambit is quite specific. Her Honour regarded the Ministry of Social Development’s Regulatory Impact Statement addressing the Vulnerable Children’s Bill 2013, and its consequential explanatory note, as providing valuable context to the reasons for its introduction[11].

Section 113A of the Act empowers the Court to make a special guardianship order as follows:

The corollary of section 110(4) is that if a person seeking a special guardianship order is not a sole or additional guardian of the child, as was the case here, they must first be appointed as such before that order can be made.

Fundamentally, the effect of a special guardianship order is outlined in section 113B and includes the following:

In contemplating its intended purpose, Her Honour noted that the nature of support that children need in these situations, after being removed from their parent(s), “often requires urgent decision making and the need for consent. It cannot be promoting a child’s best interests if an order is made which has the effect of disempowering a day-to-day caregiver by requiring that person to attempt to locate a guardian who has demonstrated little commitment to the child and whose whereabouts may not even be known. In such an instance, it is appropriate that the Court considers special guardianship as a possible solution[12].”

The case of Re I:

This case was determined on the heels of another similar case, Re I, and so unsurprisingly, that case was raised by counsel and carefully considered by Her Honour.

In brief, that case concerned the child I, also four years old, who had been placed with non-kin caregivers ten days after she was born. There was a custody order in favour of the Chief Executive but no guardianship orders. I’s mother was of Māori and Tongan descent, and had irregular contact with her. I’s father was Somalian and had indirect contact with her only (and notably, it was unclear whether he was a guardian). The caregivers sought to become special guardians and I’s parents took no steps in relation to their application.

Ultimately Her Honour Judge Otene decided not to make a special guardianship order in favour of I’s caregivers (leaving I’s natural mother as the only guardian). In so doing, she stated:

Having regard to those definitions [of mana tamaiti, Tikanga Māori, whakapapa and whanaungatanga] the legal status afforded by special guardianship undermines the principles referred to because in disabling the kinship group’s contribution to important matters affecting the child, it fails to recognise the group’s whanaungatanga responsibilities. Similarly, the narrowed opportunity to seek the court’s relief in guardianship custody and access matters reduces protection of the child’s kinship ties.[13]

In conclusion, I consider that for Māori children at least, special guardianship is fundamentally irreconcilable with principles of wellbeing that speak to mana, whakapapa and whanaungatanga. The conflict is to such a significant extent that the application of those principles will inevitably weigh heavily against the making of an order. This position holds objectively. It does not render a special guardianship order unavailable in relation to a Māori child if the evaluation of the subjective circumstances leads to the conclusion that an order is to the child’s wellbeing and best interests. But that evaluation must factor the weight of conflict that exists by virtue of essence, irrespective of circumstance.[14]

I find that I has with Ms W and Mr S [the caregiver applicants] a long-term, safe and nurturing and secure environment and that there is no appreciable risk to that continuing whether or not the orders sought are made.[15]

Her Honour pointed to a number of factors in the present case which distinguished it from the scenario presented in Re I. Significantly, whilst the limited availability of the child’s mother to consult and participate in guardianship matters in Re I was described (by Her Honour Judge Otene) as having been inconvenient but not unacceptably disruptive,[16] the same could not be said here. The failure of S’s mother (and only guardian) to make responsible and timely guardianship decisions was well documented and had showed no sign of abating. This had been vividly demonstrated when S had not consented to essential medical procedures on behalf of S, which were urgent in the context of his many health issues (and which led to an order being made placing S under the guardianship of the Court (and appointing the Chief Executive as agent))[17].

Furthermore, whilst Judge Otene made no mention of any steps taken to engage with I’s whakapapa, here considerable efforts had been made to identify S’s whakapapa, iwi connections, his marae and other information relevant to his mana tamaiti which had “to date borne no indication of commitment or intention to demonstrate responsibility” for S.[18]

Her Honour deduced that the implication, in Judge Otene’s concluding remarks (above), was that except in the most exceptional of circumstances, special guardianship should be unavailable in the case of a child of Māori descent.[19] Having regard to the definitions of “whanaungatanga” and “mana tamariki” contained in the Act, Her Honour noted “There is no dispute that whanaungatanga is an important concept in tikanga Māori. The definition provided in the Act highlights the focus as being upon the responsibilities, obligations and duties of a child’s immediate and extended family, not on the rights of those persons”.[20]

Fundamentally, Her Honour went on to state that where she differed from Judge Otene’s approach is in the suggestion that the principles referred to bear such weight that they will in almost all cases prevent the making of a special guardianship order “by virtue of essence irrespective of circumstance”. Her Honour then embarked on a thorough analysis as to why she considered that could not be the case:

With respect, that cannot be the case for the following reasons:

Here Honour summarized that, in essence, in order to ensure the Court’s compliance with the paramountcy principle in the case of a child of Māori descent, there needs to be consideration and respect for the customary principles referred to in the Act.

Among others, Her Honour ultimately made orders discharging all orders then in place, and substituted them with the following[22]:

In arriving at this decision, Her Honour made specific reference to the following matters:[23]

[2] [2021] NZFC 210 – noting that this case is also referred to as Chief Executive of Oranga Tamariki – Ministry for Children v BH.

[3] By virtue of a section 78 interim custody order in the Chief Executive’s favour.

[5] The primary goal being to enable the child or young person to be placed in the care of their family or, where that is not realistic or achievable for whatever reason, to allow access to information which will strengthen the child’s sense of identity. 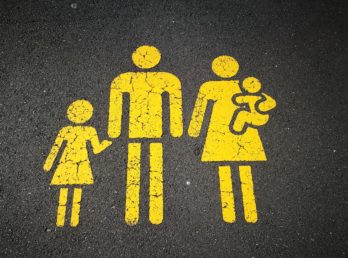