New Zealand’s 66-year-old Adoption Act has long passed its use-by date. But after decades of promises by various governments of all complexions, Justice Minister Kris Faafoi announced earlier this year that the government would review New Zealand’s laws in its current term.

The Ministry of Justice released a discussion document Adoption in Aotearoa New Zealand in June which attracted 250 submissions. Proposals will be released in early 2022 and a second round of consultation will take place in the middle of next year.

Whatever the outcome, the law is expected for the first time since 1955 to put the rights of tamariki at its heart. Adopted children will have the right to their identity and access to information.

The 1955 Act was born in an era of shame. Young, single, pregnant women were hidden away. Their babies were often forcibly removed from them and placed with strangers. Adoptions were usually closed, with a clean break being an underlying principle of the law. The Act was monocultural with Māori babies placed with mostly childless married Pākehā couples.

Around 90,000 babies were taken from birth mothers from the 1950s to 1980s in a system where many gave birth in motherand-baby homes. Most of these adoptees are still alive.

Adoptions peaked in the 1970s with nearly 4,000 children adopted each year on average. But in 2020 just 125 adoptions were granted by the Family Court.

As well as the main Act, the Adult Adoption Information Act 1985 and the Adoption (Intercountry) Act 1997 govern practices in this country. These Acts and their incompatibility with other aspects of human rights and family law raise legal, ethical, medical, tikanga, whakapapa and whanaungatanga (kinship) issues around adoption.

Campaigners have argued for years that the Adoption Act puts the government in breach of its domestic and international human rights obligations and that it ignores Te Tiriti o Waitangi.

Kesia Denhardt, a senior associate and family lawyer at Stace Hammond, says the provisions reflect the social conditions and community attitudes in the 1950s, which have not kept pace with the modern circumstances and realities of life.

Modernisation of the law is decades overdue. It’s often described as creaky and anachronistic, Denhardt says.

“There can be no doubt that a complete overhaul is desperately needed to bring our adoption laws in line with the 21st century. The current closed and absolutist approach to adoption has led to the [Act] being described as a ‘statutory guillotine’ in the way that it breaks all ties with the biological family and other blood relatives.”

The list of what’s wrong with the current Act is long. The law doesn’t even define adoption, Denhardt says. It simply outlines the process for obtaining an adoption order and the effect of such an order. The law is not child-centred and there is no provision for a lawyer to be appointed for the child.

“This is the case even where the adoptee may be old enough to marry or to live independently of their parents or be a parent themselves.” Unlike other statutes, particularly those affecting children, the Act does not provide any principles governing its interpretation or administration. All this has taken a huge human toll, affecting the mental and physical health of generations of New Zealanders.

Notably, Article Two of Te Tiriti o Waitangi gives Māori the right to make decisions about resources and taonga. In te ao Māori, tamariki are viewed as a taonga who belong to the wider whānau, hapū and iwi. As taonga, tamariki should be nurtured and treasured.

The Human Rights Review Tribunal made findings in 2016 that provisions of the Act, along with the Adult Adoption Information Act 1985, discriminate on the grounds of sex, marital status, sexual orientation, disability and age, says Denhardt.

New Zealand’s law also breaches multiple articles of the United Nations Convention on the Rights of the Child. Article 21, for example, deals specifically with adoption. Ratifying parties that permit adoption are required to “ensure that the best interests of the child shall be the paramount consideration”, Denhardt says.

Other international agreements that should form part of the adoption laws are:

Along with being incompatible with te tiriti, and human rights conventions, the Act does not sit comfortably with modern family law, says Denhardt.

Campaigners have long fought for the secrecy to be removed from adoption law.

Thanks to a hangover from past moral and social attitudes encoded in law, adoptees have no right to details such as their name, their nationality, their natural family, medical history or genealogy. Many get around this by using commercial DNA kits, with which the law has not kept pace.

Adoption law reform advocate Barbara Sumner, a PhD researcher at Victoria University of Wellington, describes her own adoption as ‘trafficking’, because the doctor was negotiating with a family before her birth, which was against the law even then.

Sumner, whose highly-acclaimed autobiography Tree of Strangers was published last year, argues that adoption is the only contract in New Zealand law that can’t be rescinded.

And, she says, the government’s discussion document does not go anywhere near far enough, nor does it attempt to solve the issue of adoptees being treated as second-class citizens.

“One of my issues with that document is that it’s clearly written by somebody with no experience. One very small example [is] adopted people are called children. I’m 61. I’m an adopted adult. The best interest for me as a 61-year-old woman is not to have my files hidden away from me.”

The Department of Internal Affairs, Ministry of Justice and Oranga Tamariki hold copious files on each adoptee, Sumner says. “Anyone who works for a handful of government departments can go and look at my file, but I can’t.”

Those documents are not available to adoptees unless they go to court and prove ‘special reasons’. ‘Special reasons’ is a term that is specific only to the [Act] and it’s not defined in law, Sumner says. “It’s defined by a judge on the day.”

Precedents set as far back as the 1970s still stand. Terminal illnesses, mental wellness and culture have all come before the courts and precedents set as to why they are not ‘special reasons’ to crack open adoption records.

Adopted people have their rights withheld under other legislation, Sumner says. She cites the Births, Deaths, Marriages and Relationships Registration Bill, currently before Parliament. Under the new law, a trans person will have the right to their own identity and to deny other people’s access to their file. “Adopted people don’t have that.”

Likewise, the Privacy Commissioner’s annual Right To Know Day is dedicated to raising awareness of the legal right of New Zealanders to see the information that organisations hold about them. But adopted people are excluded, says Sumner.

“Why the continued secrecy? There’s no hint in the law reform that secrecy [will end]. Where does that fit with science? With DNA? We are able to find a family. But we’re not able to find out how and why.”

She adds: “What I like to say is, if you have a right to something, I should also have that right.”

Sumner says adopted people want the right to have their adoption discharged. “Adoption is a binding contract that you are not a signatory to,” she says. “You are preverbal and nonconsenting. It doesn’t just cover your life. That contract covers you and your children and your grandchildren forever. It’s the only contract in New Zealand that does that.”

Denhardt does note that a balance needs to be struck between the importance of a child’s knowledge of its heritage for the development of their identity and a birth parent’s entitlement to privacy if they do not wish to be named for any reason.

The Adoption Act was about as monocultural as a piece of legislation could get, says Annabel Ahuriri-Driscoll, a Māori health and well-being lecturer at the University of Canterbury. She says Māori children were taken from their first family and often placed with Pākehā parents, stripping their whakapapa and whenua in most cases.

“Knowledge of whakapapa is important,” Ahuriri-Driscoll says. Tamariki placed outside their culture can lose a lot. “Especially with a Pākehā adoptive family, you grow up without that understanding of what it means to be Māori. At least if you have those relationships intact in some way, then that child gets that experience [of te ao Māori].”

Whāngai, a customary Māori practice where a child is brought up by someone other than its birth parents, usually another relative, is a particular issue, says Ahuriri-Driscoll. She sees a big gap in the discussion document, which barely touched upon whāngai. It’s important, she says, and it’s important that any discussion of whāngai is led by Māori.

The document also fails to spell out who should be able to adopt Māori children. “While I absolutely understand that we don’t want to be in a position where we say necessarily only Māori parents should be adopting Māori children, I think the discussion document could say a bit more about who the kinds of people are that would be best suited to meeting the needs of Māori children.

“In the United States there has been quite a lot of work done around this concept of cultural socialisation and requiring parents to be race-conscious. It’s not just about supporting a child’s cultural identity but also their racial and ethnic identity.”

The discussion document does note that the world has changed when it comes to adoption. And without a ready supply of babies from ‘fallen’ women, practices such as surrogacy and intercountry adoptions are being shoehorned into legislation not designed for them.

Stewart Dalley, a lawyer at D&S Law, convenor of the ADLS Immigration and Refugee Law committee and the parent of three children born by surrogacy, questions whether surrogacy arrangements should come under the Act at all, where the intended parents are biologically connected with the child.

“We don’t live in an Orwellian society where everybody has to apply to the government to be a parent,” says Dalley. He has come across situations where Oranga Tamariki social workers have encouraged surrogates to consider options to keep the child they have just given birth to, even when they have no biological connection with that child.

If surrogacy does come under adoption legislation, Dalley would like to see a separate section deal specifically with it.

He notes that there are several ‘camps’ in relation to adoption. One view is that it should never occur. This, he says, would effectively lock gay [male] couples out of parenthood because New Zealand’s intercountry adoption agreements exclude them.

Sumner is in one of those other camps. She says adults who were once surrogate children are struggling with the commodification of the adoption process they went through in which they were transferred to new parents.

At times we may receive permission to republish the work of people from outside the firm, or we may have a guest author assist us... 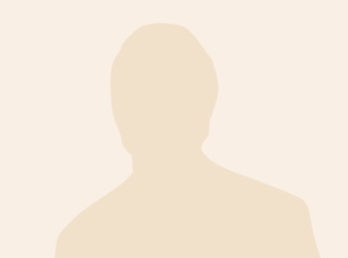 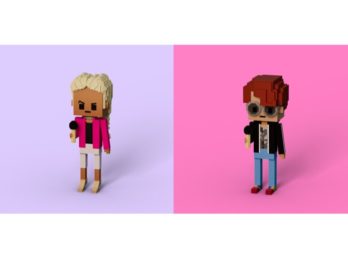 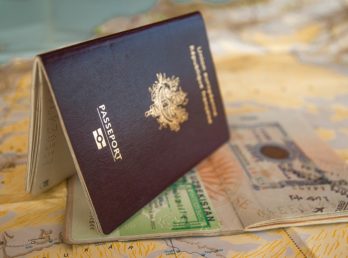